An installation in two parts that translates amorous words into form.

Part I: Using the technique of laser etching, I inscribed onto silk 25 love letters that were written by grandfather to my grandmother from 1931 to 1956. The correspondence ranges, from exploration of their infatuation, to the news from war times, to in-law issues, yet each letter is embedded with words like “sweetheart” and “the moon” and “yes” and “love.” He wrote on the front and back of thin paper, so thin it’s transparent. Words written on the back collapse to the front making them almost illegible, although one can get a sense of their intent given the few ardent phrases that prevail. To enhance this effect, I photographed the letters backlit and silhouetted them in Photoshop in preparation for the etching. The laser etching process burns through the silk and is visible on both sides. Each silk is the size of a handkerchief and will be suspended from the ceiling so one can walk around them. During Bushwick Open Studios, I also will be dropping them on the sidewalk and in hub locations as street art. “Oh, someone dropped their.... what is this?..."

Part II: My most cherished love letters are a series of sexts messages. I engraved a relationship consisting mainly of sexts onto 87 pieces of glass. Each glass is 4x7.5 inches and 3/8 thick and stacked in groups of 6-8. Looking down into the stack, words collapse on each other making it mostly illegible except for some dirty words or passages. The sheen of the boxy glass allows it to function as a minimalist object, relying on the variance of light and environment. A hand held LED strip that is manually operated by the viewer will be available to read the individual glass plates. When the LED strip is placed next to a single plate in the stack only that plate will be illuminated and readable within the stack. 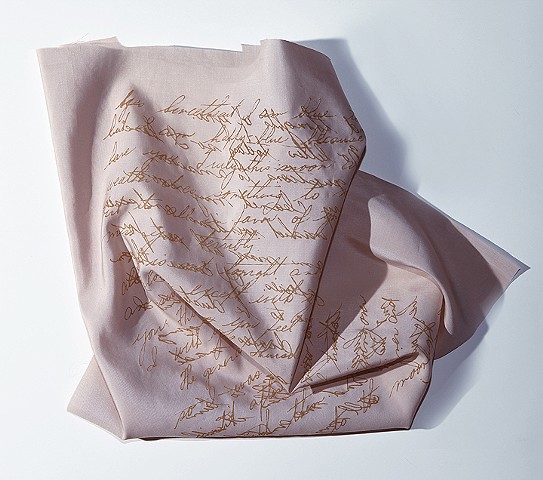 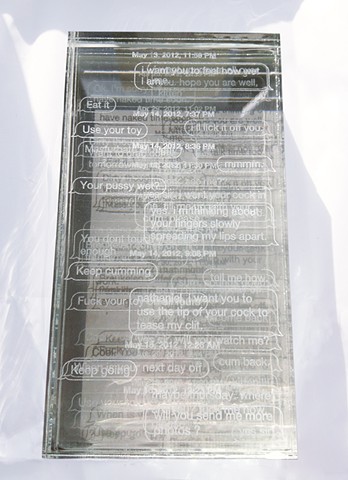 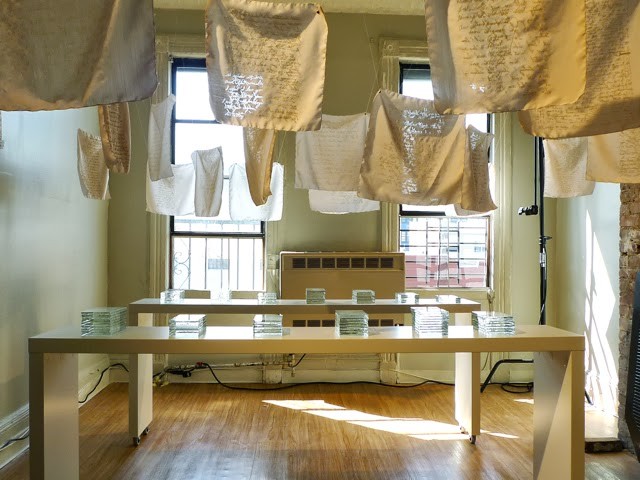 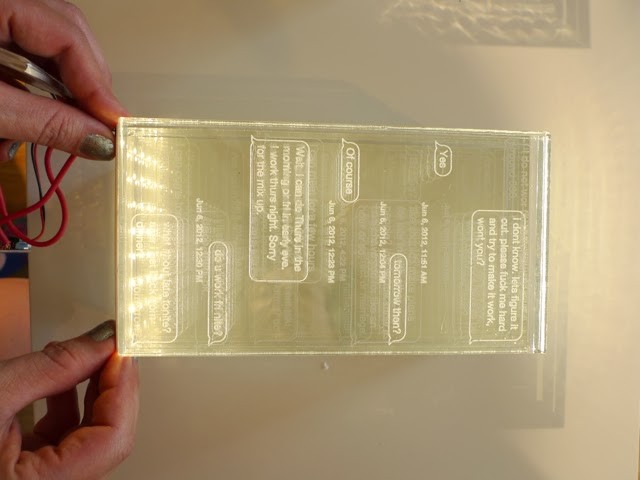 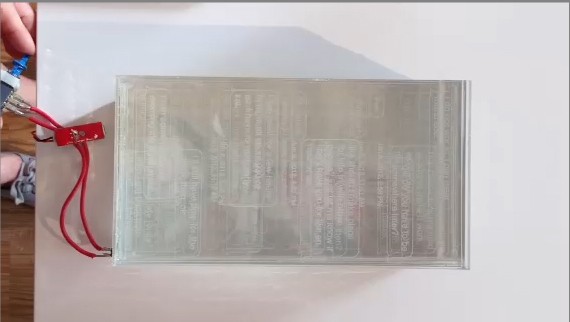 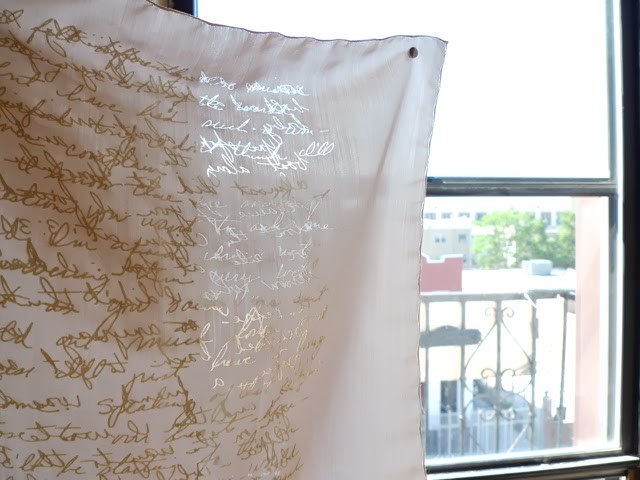 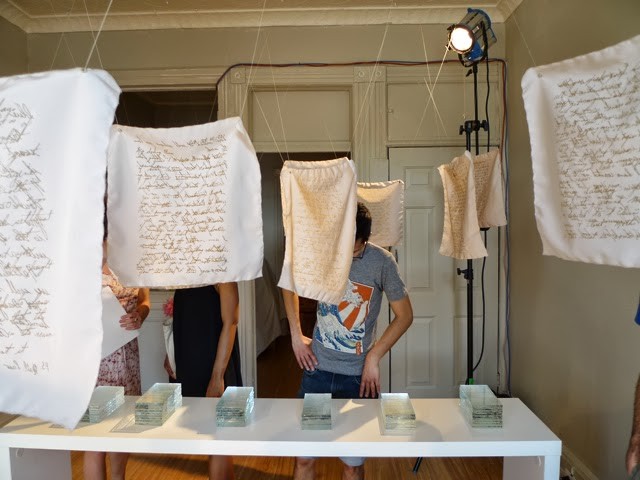 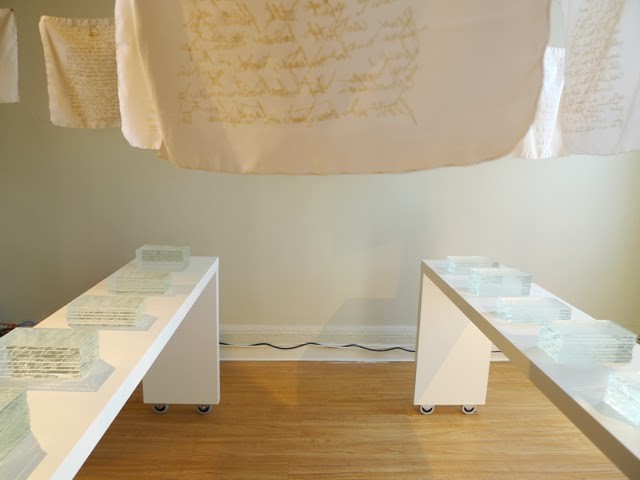 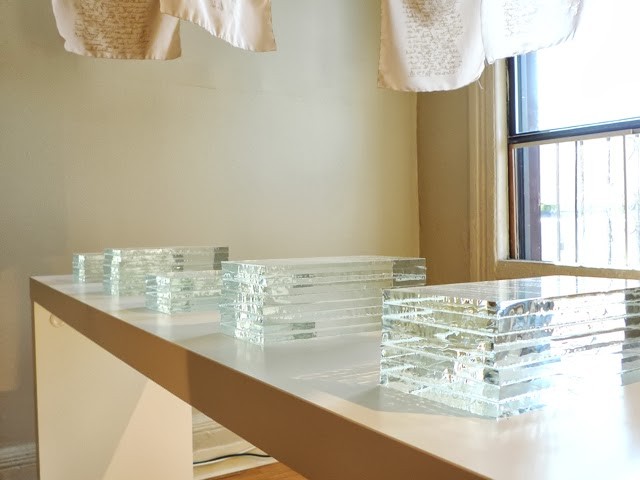 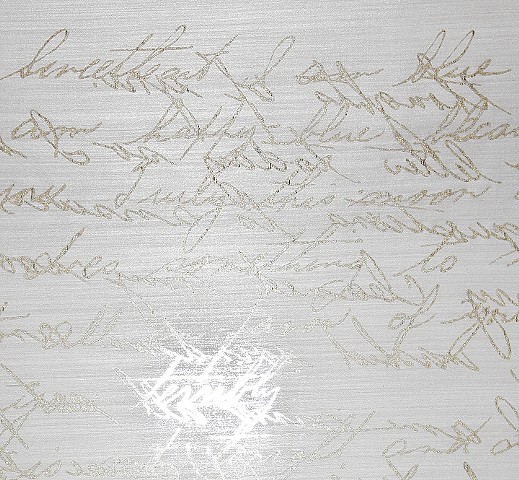 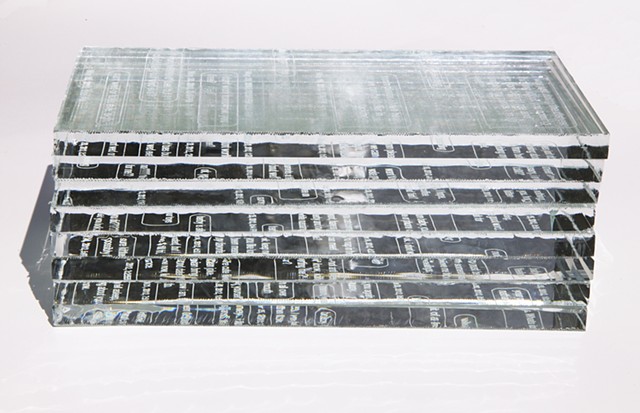 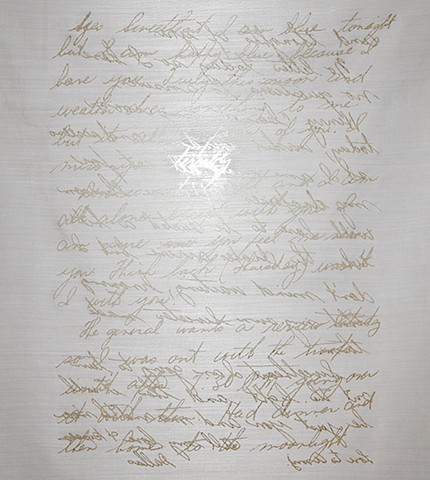 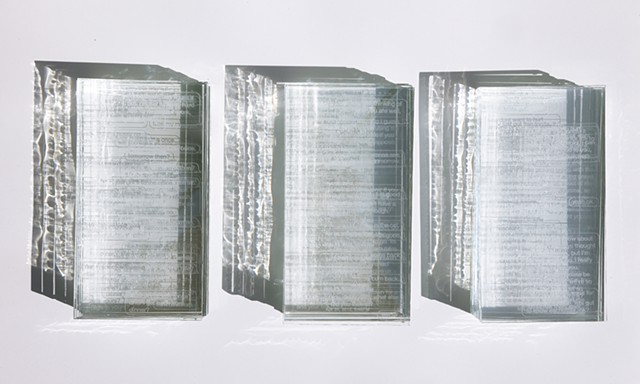 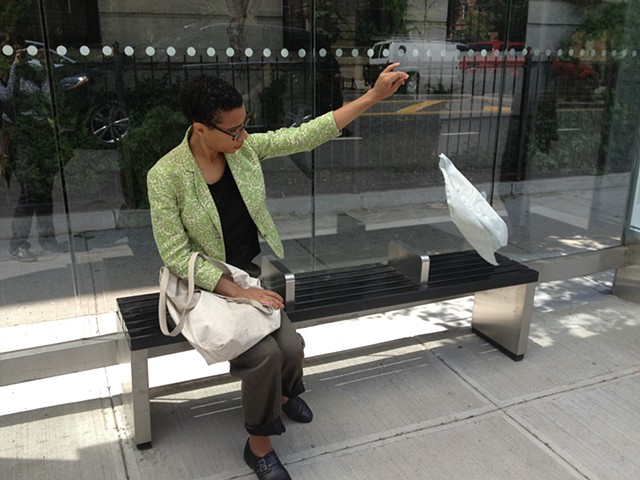 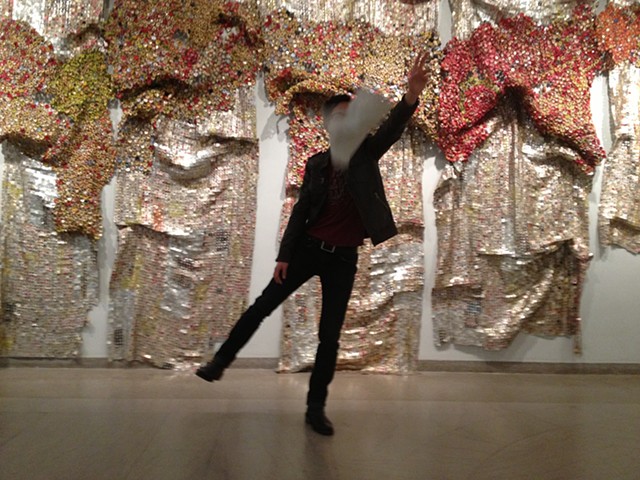 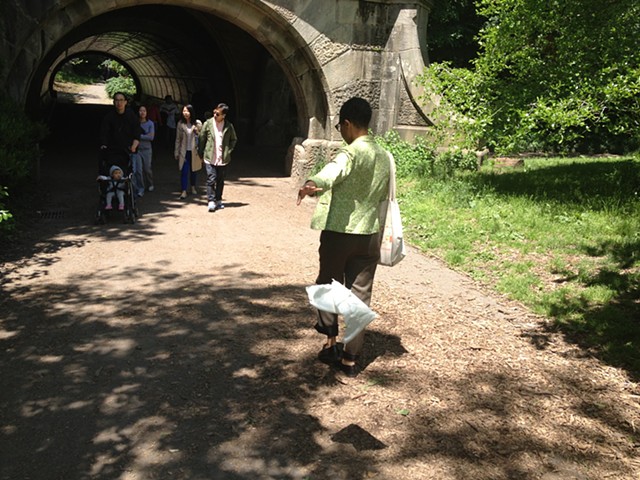 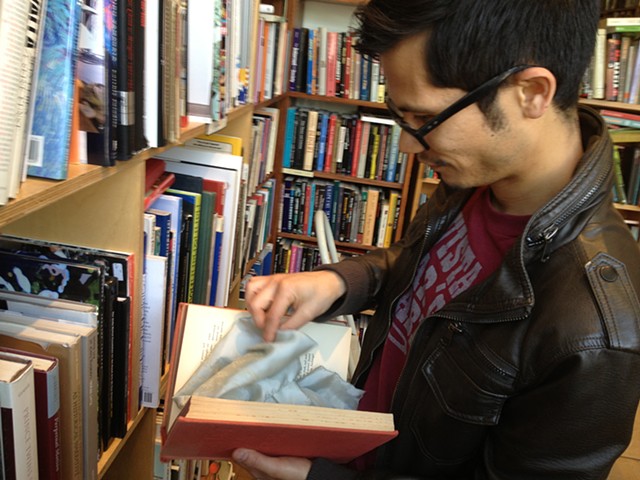 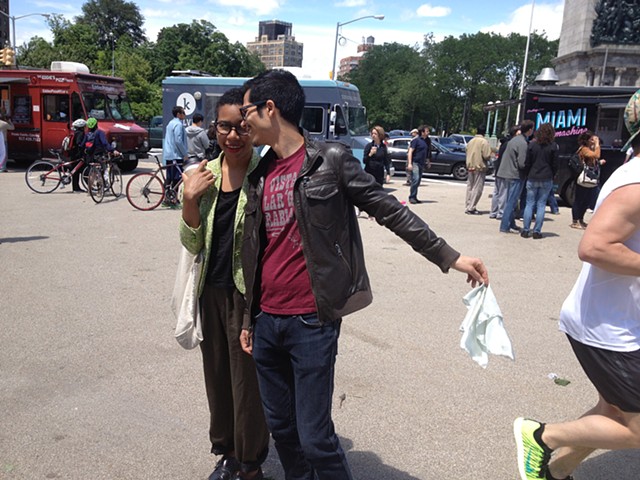 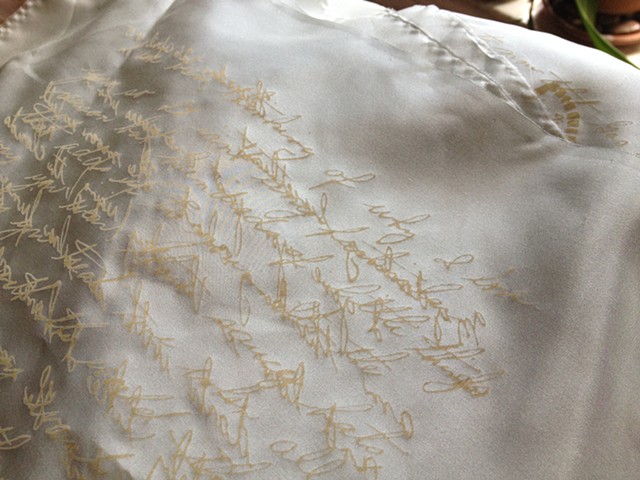 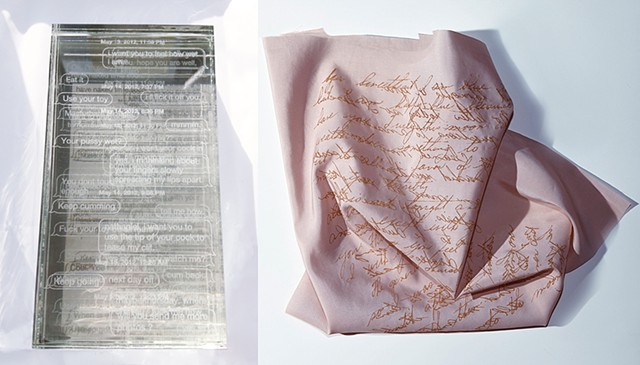