a proposal for Socrates Sculpture Park

Free Scarano is a sculpture with a purpose. The architect Robert M. Scarano, Jr. founder of Scarano Architect PLLC was banned from the practice of architecture in the state of New York, thereby putting a swift end to one of the world’s most prolific producer of contemporary urban condominiums. Free Scarano was forged to incite the public to take action and help reinstate Scarano’s artistic rights. The sculpture itself will imagine the gift of Scarano’s singular vision and propel the New York of now into a Scarano future. Scarano is renowned for his ability to transform torpid brownstone neighborhoods into feats of post-modernist moxie. With thousands of towering mounds erected across the NYC skyline under his tenure, Scarano has become the name synonymous with today’s housing boom. Like a cowboy of design Scarano prides himself in bucking the system. Rules such as building codes, historic integrity, and safety are unnecessary barriers in the hands of a genius such as Scarano. Always a rebel, Scarano has gone head to head with community organizers to defend the disassembly of his monoliths. 333 Carroll Street has been forcibly left incomplete due to local protest deeming it the ‘Hell Building’. Its also deplorable that organizers have pinned 29 construction worker deaths at Scarano sites on his architectural design. Those workers obviously offered up their lives in solidarity with protesters, like a flaming Buddhist or suicide bomber. Scarano cannot be silenced by blame from the pedestrian masses and their absurd tirades. These obstacles have done disservice to the potential of the space that is New York City. Scarano’s influence must continue. Our shared surface has suffered the loss 333 Carroll St and therefore can only be met by replenishing Scaranos in multitudes. Icons such as the Finger Building, Washington Condominium, and Bowery Tower need companion structures to complete Scarano’s joy division of architecture. The Free Scarano sculpture will act as visual foreshadowing for a Scarano city. The artist will photograph 200+ existing Scarano buildings and their wanting neighbors. Each photograph composed of a single building will be silhouetted in post-production and then printed as a 5x7 inch duratran transparency. Separated by Scarano and non-Scarano buildings the transparencies will be mounted to a 20 x 16 foot panel. The sculpture will use sunlight as an activator to project images. It works by angling the transparencies to make their shadows collapse or expand based on the sun’s position. That is, the position of the sun in the sky will control which buildings are revealed at any given time. Historic brownstones will appear in full shadow width in the morning sun and slowly contract into a thin line by midday. After midday the superior Scarano buildings (being angled in the opposite direction) will overtake the panel. Experiments will need to be made to determine the shape of the panel itself. It may resemble an outdoor park map, parallel to the ground and waist high. Perhaps a bend in the mid section will enhance the stretch of the image shadows. Or it might perform better in a spherical outfit, giving full range of access to the shifting seasonal height of the sun. Regardless, it needs to face south to benefit from the range of the sun’s orbit. Ideally we will be able to view our Manhattan skyline simultaneously with Free Scarano as comparisons would be encouraged from such a vantage point. A viewer is expected to wholly engage with the sculpture and devote an entire day’s worth of continuous daylight hours to observe the theater of Free Scarano. The magic of Free Scarano is conditional to the dedication of the viewer. Poised like hypnotic sundial, the sculpture offers a meditation on the progression of NYC architecture from the Wycoff House of New Amsterdam to Scarano’s 21st century metropolis. If my calculations are correct, an uninterrupted viewing will motivate us to take up petitions like arms and Free Scarano. Please approve this proposal so that we may actualize this invigorating project together. 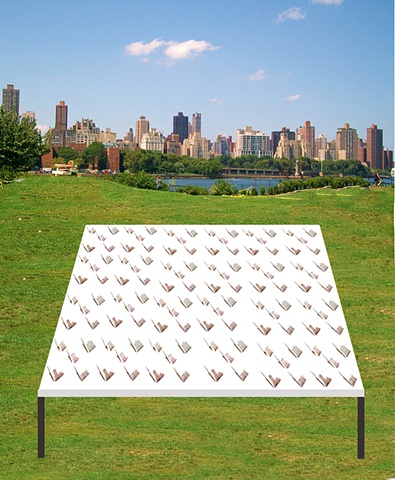 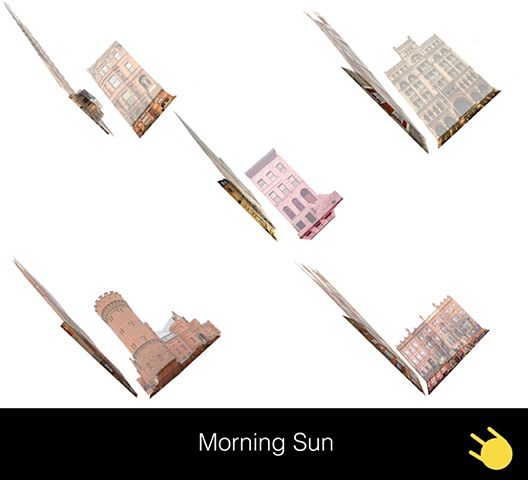 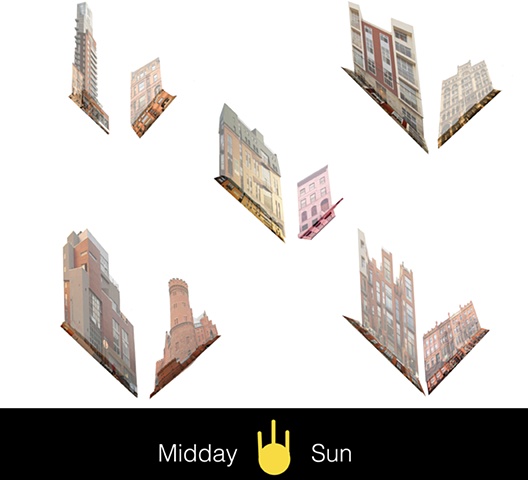 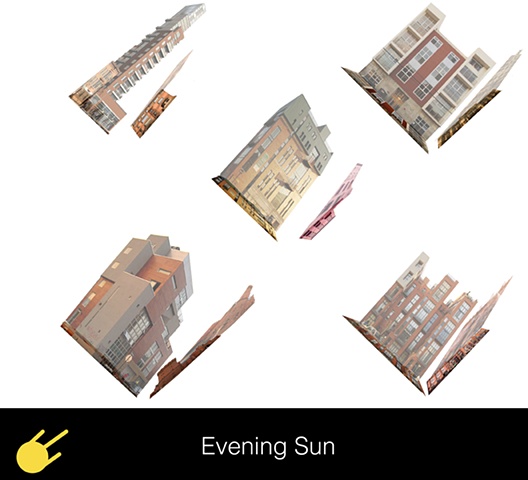